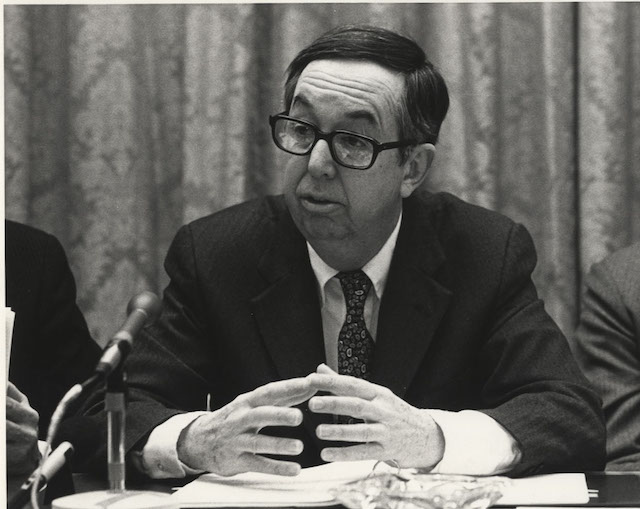 The first was part audio diary and part interviews involving Rep. Butler and reporter Wayne Woodlief. This project ran from May to early August 1974, with most of the recordings being from July. There are recordings of most of these sessions. Some are missing. It is assumed to be few, but there is no definitive way of knowing. There is also an incomplete set of transcripts for this project.

The second project was much more limited in scope. On July 31, 1974, Butler sat down with Thomas Mooney, a Judiciary Committee attorney, to record on audiotape, their recollection of events as they unfolded on July 22-24. Their primary aim seems to have been capturing the drafting of the articles of impeachment. There are transcripts, again just how complete cannot be determined, but not any recordings themselves.

The third project was the most ambitious. It was an attempt to record the Nixon Impeachment memories of all of the members of the so-called Fragile Coalition, those Democratic and Republican members of the House Judiciary Committee who held the swing votes on impeachment. They came together to draft articles of impeachment on which they could all vote "yes".

The project had two parts. In the first part, the organizers interviewed members of the coalition individually in their Washington Congressional offices in June 1975. This was followed by a retreat on Hilton Head Island, South Carolina in July 1975. Extensive aide memoire printed materials were gathered and given to each member of the coalition in advance. The recordings made there were in panel format only, with all of the Fragile Coalition members present.

There are no recordings from this project in the Butler papers. There are transcripts -- once again, there is no telling how complete -- from both the individual interviews and the Hilton Head panels. There is a third category of transcripts, those with interviewees' corrections handwritten on transcriptions. These corrected copies are from both the individual and group sessions. Some of these transcripts were sent to Butler and the Powell Archives by the University of Maine's Fogler Library which houses the papers of Fragile Coalition member William Cohen.