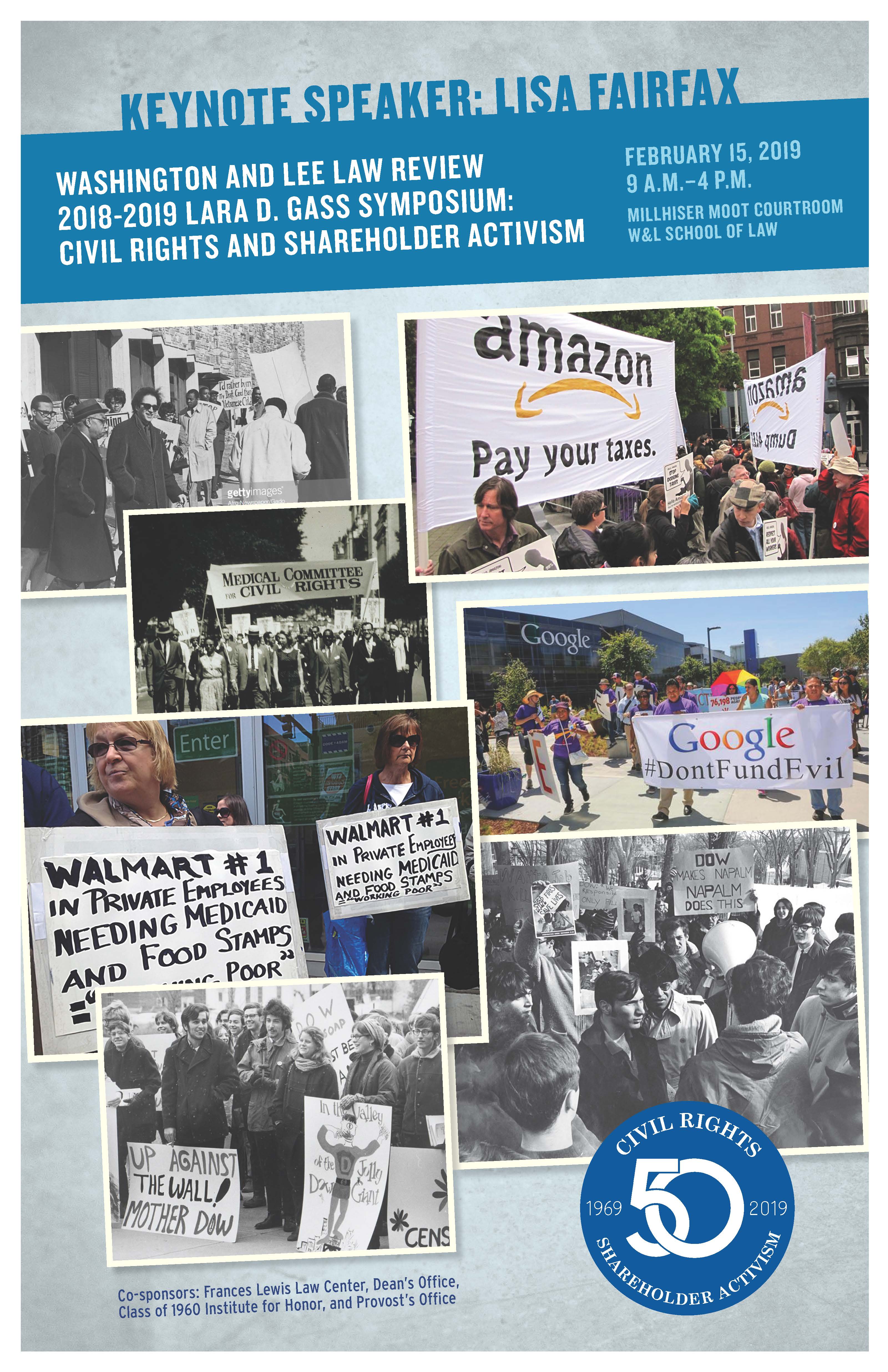 The 2018-2019 Lara D. Gass Annual Symposium featured three panels that explored the past, present, and future of social and environmental shareholder activism.

In March of 1968, a civil rights organization, the Medical Committee for Human Rights, received five shares of Dow Chemical Company stock as a gift. Well-known for its work deploying doctors and nurses on the front lines of civil rights protests across the American South, MCHR had no track record of shareholder activism. Within a year, however, MCHR had initiated its first shareholder proposal to stop Dow from manufacturing and selling napalm for military use in the Vietnam War. The activism campaign advanced MCHR’s commitment to civil and human rights, but it also represented an important innovation in shareholders’ use of corporate governance tools.

The civil rights group had catalyzed a movement: shareholder activism campaigns on pollution, minority hiring, and apartheid were quickly brought by other shareholders at major U.S. companies like General Motors and Honeywell, Inc. and, over the decades, numerous other campaigns have followed.

Today, shareholder activism on Environmental, Social, and Governance (ESG) matters is surging. In the 2019 Proxy Season, companies will face shareholder campaigns on economic inequality, human rights, discrimination on the basis of race, gender, and sexual orientation, board and workforce diversity, and executive compensation, to name just a few topics.

Lisa M. Fairfax, the Leroy Sorenson Merrifield Research Professor of Law at the George Washington University Law School, gave a public keynote lecture, and a number of highly regarded experts participated in panel discussions to connect the movement’s origins to the modern era.